Sitting here today in around 10 inches of snow we have had little choice but to cancel our running day. Most of our staff have worked terribly hard to ensure our regular routes have all performed throughout the difficult conditions and have done a terrific job in keeping services running. However, the running day is about enjoying the day, sub zero temps, awful road conditions, volunteers unable to make it, vehicles that will get covered in salt, and doubtlessly snowballs lobbed at vehicles all helped make the decision. Whilst a great shame we believe the right call...

However work is has continued throughout the month... 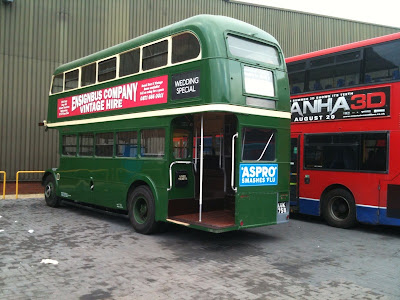 RT1499 finally was finished in readiness for the running day. All the rot was sorted, new gear box fitted, serviced and MOT'ed. Some one noted that the rear end of a Craven looks like the rear end of the Borismater, and have to say I can see the resemblance!

Also through for annual test was our 'front line RT' 4421, seen here from the offices looking down onto the test lane as she goes through... 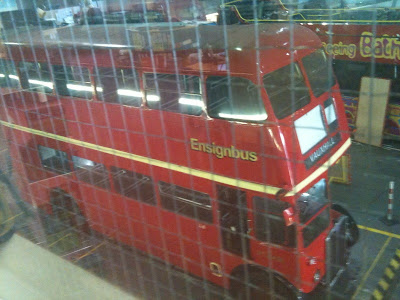 Meanwhile with RT1499 out of the main restoration bay the next job to be done was identified. In this case it was RT3232 which has over the past few years become very tatty. One of its major issues was the upstairs ceiling, which is sagging heavily. There appears to have been a period when RT ceilings were refurbished by way of sticking a foam to the ceiling and the internal wood panels to the foam. A number of the RT's that remained in service into the late 1970's seem to be done this way, perhaps someone out there can add some information on this? Anyway to give you an idea of what I mean here is RT3232 during the strip down... 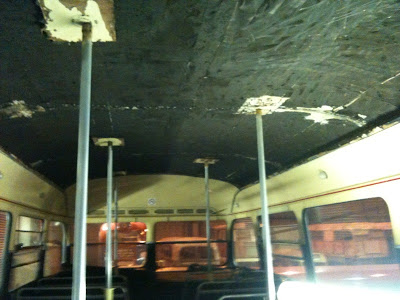 Earlier in the month, we had a large private hire for a corporate client, and as the buses were being cleaned and readied they looked well, all lined up, so I snapped it and the result is below... 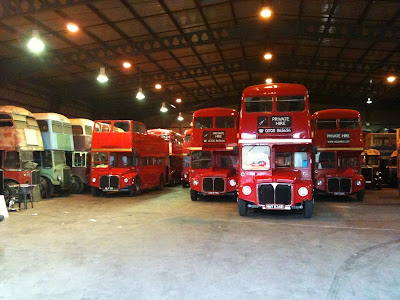 And we did manage to COIF and MOT a suprise vehicle for tomorrow, which sadly now won't debut, and no it wasn't what was photographed inside last month... Was going to post a shot, but thinking about it maybe its good to hold it on reserve until we decide when we are rescheduling the running day for...

Well enjoy the snow, Christmas and New Year, and see you in 2011

Kind regards to all
Steve and all at Ensignbus
Posted by Helena at 04:07 3 comments: 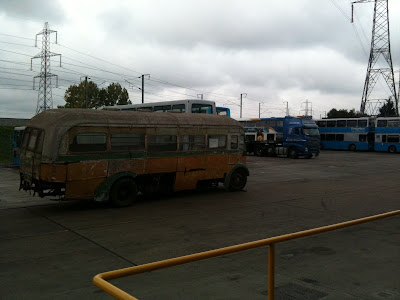 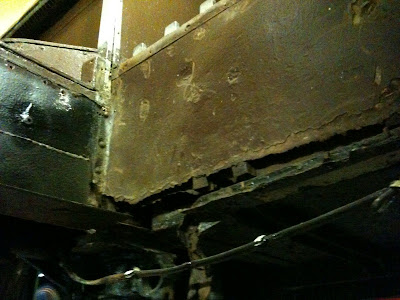 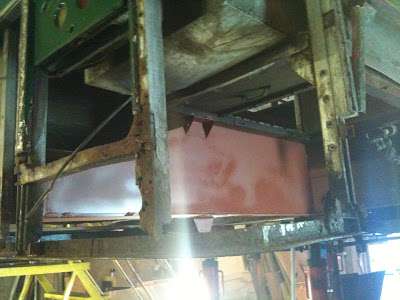 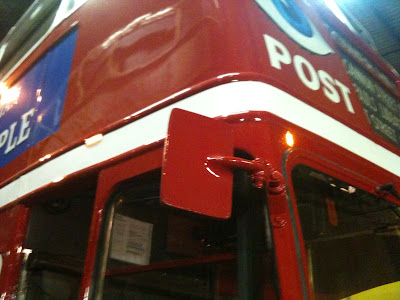 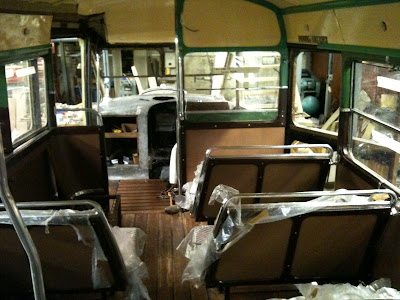 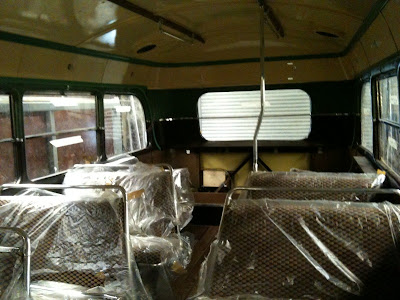