Winter is upon us

With all the efforts made to get vehicles ready for our Running Day on December 1st, I thought for this months blog I would stick to the 'new' vehicles that were either finished or debuted at the event, as well as welcoming you the new style blog that is now embedded within our new website, where we have more room for additional pictures info and a full update means all the recently acquired or available vehicles are now represented. 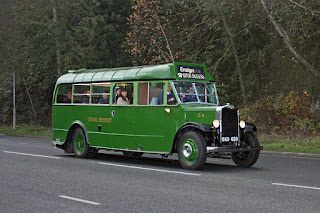 So first up here's our long standing restoration project finally back on the road in a fine photo taken by Kevin Smith on its very first journey. Restored into the first London Transport Country Area livery the vehicle looks resplendent. It was scheduled to do, and duly completed without fault a few trips with passengers on around Lakeside. 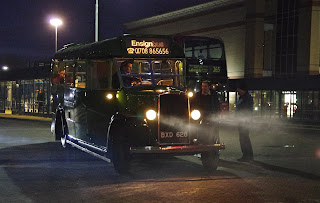 Capturing the cold evening well and just before its departure back for home is this shot sent in by John Lidstone. The vehicle is now back having a few minor adjustments sorted as well as having the powered door reinstated, but overall after a gap of some 60 years since it last ran on passenger carrying duties we were very pleased with its performance 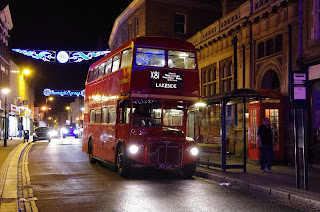 Another seasonal shot from John, is from our latest from the Routemaster family RMC1513 to join us. Equipped with original type engine and having had the luggage racks reinstated and having been returned to the X15 type livery, she will make an excellent partner for our ever popular RMC1485 which is always popular. 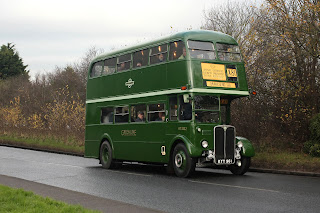 Our longest serving vehicle, which has now been with us for 33 years got a repaint back into one of her previous liveries, in this case the Green Line version. Equipped with X81 blinds in yellow she looked every part one of the 'elite' vehicles these were when they entered service on the busy commuter runs into the capital. 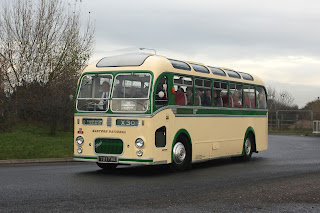 Staying with green, a local vehicle for many years is our Bristol MW from Eastern National. New to them in the late 1950s she worked out of Braintree, Chelmsford and Prittlewell. We know the vehicle well as for many years it was garaged with us at London Pride and indeed we repainted it many years back. Not only has the vehicle been recertified but also repainted as well as having a number of seats retrimmed. Its seen here in a picture taken by Russell Young on the X55 with a healthy load. 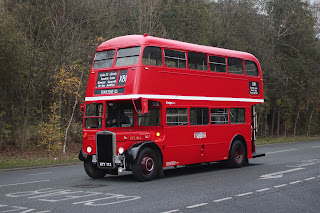 Meanwhile RTL1014 that we repatriated from California earlier this year hit the streets. We have kept alot of its USA heritage on it as it has spent some 45 years of its life there, hence the large nearside mirror, marker lights, rear California number plate, Unitrans logo's and even air assisted hand brake! A London with a real Californian accent looking resplendent in another of Russells pictures.

Even with all this going on work didnt stop on other projects and I am delighted to report that RMC1485 is back in service, RT1431 has had all the rot removed new timber work in the rear end and is now away being repainted, whilst DUF179 has started to get panels put back and is no longer as skeletal as she has been for many months. I will however do some more updates on those next month, but until then have a great Christmas and New Year and see you all in 2013.