Been a really busy month with an even busier one to come as we get ready for our Winter Running Day on Saturday December 1. As always we like to try and get vehicles out that haven’t been seen before to add something different. This year if everything comes together we should get out no less than five of our own vehicles that have not yet been out and at least two and possibly three guest vehicles, so if you fancy a ride on something different then December 1 is the day for you. 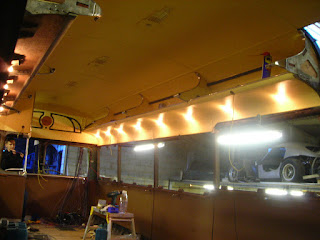 Lights camera action…one that won’t be out this year but will return to the road next is long time Australian resident and repatriated 1938, 10T10 T499c. The interior as can be seen is coming along in leaps and bounds and will recreate the pre-war period and feel of these illustrious motors, with every detail from the period being faithfully recreated. 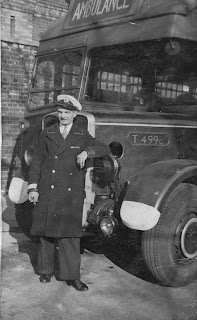 But buses are far more than just mechanical beasts, they are about the people, those who traveled on, drove, conducted, or worked on but that is often largely overlooked as no official record will ever add a personal story. So it was with great delight that we were sent this picture by Mr J. Harding whose grandfather had driven T499c during the war whilst it was an Ambulance based out of Hendon. I’m sure you will agree a great shot and one for which we are very grateful to have received. 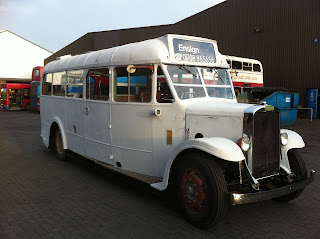 And whilst on the subject of long term 1930s London Transport projects here’s our own ‘right little pain’ that has now departed us for painting. It was successfully COIF’ed last week and whilst we do still have some minor some issues to solve, the next time you see a picture of her she will be resplendent in the chosen livery and complete with all the finishing touches…. 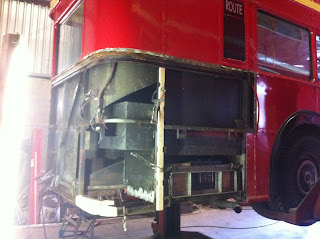 And with the move of the Cub away for a couple of weeks we are able to catch up on a few jobs that have been pressing now for some time. RT1431 was pulled off the road by us until we could re-frame the rear end. This is now being done requiring new steel work as well as much new woodwork. All is progressing well though and following this remedial work she will probably go for repaint having had a busy season and being a popular vehicle. 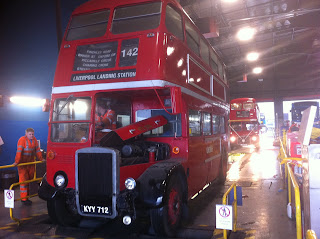 And whilst I am on RT’s, well an RTL in this case, here’s ex California based RTL1014 having been recovered from the ‘awaiting restoration’ line to having her first inspection prior to the journey back to being made UK road legal. 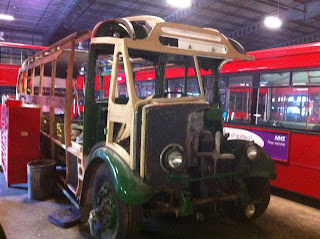 Meanwhile despite all the other work and time requirements on the restoration team for the Cub and others work has continued on the re-framing of DUF179. As can be seen the cab is now completed and we are just waiting for some leather than the backed on to the radiator to be delivered before the last part of the front can be finished. We also found some live woodworm rot today that means part of the bulkhead we had no intention of removing now needs to be replaced to stop the spread. Once that is done and the rear door framing completed we will start to put her back together, starting with the cab door, emergency exit etc, so hopefully by next month she may be starting to look less skeletal.
Added to all this the RMA B frame was completed and RMC1485 is now undertaking the same work, so as I have said (more than once) a really busy time lately which hopefully has given a good insight as to what goes on behind the scenes to keep them all on the road.
Next update will be after our running day so as not to ruin any surprise vehicles that may (or may not) be ready so look forward to seeing you there and if you do capture any shots that you think we could use on the blog or on the vehicles history page then we would love to see them.
Cheers for now
Steve