Apologies for the forced absence... Some kind of security, hack, ID, password, problem left me unable to log in but all now resolved so time for an update on all thats been happening. 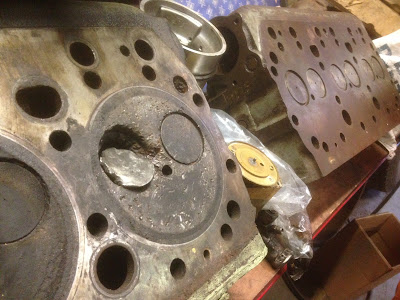 As the title of this post suggests we move forwards in one place and seem to go back in another. The Jersey TD with its engine block issue had to be put aside as a front line private hire fell ill on a job. RF319 had a major engine problem when a bent rod shed its 'top hat' that then proceeded to batter everything in the vicinity as these images demonstrate. You can see the damage to the valve and block above... 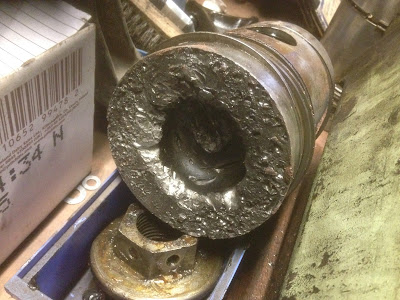 ... whilst above you can see the piston damage. Lots of bits obviously needed to be sourced as none of this would ever 'go again' and following that and putting it all together the vehicle smoked to much... Thus back into the bay, stripped down again and the source of the problem discovered being a valve not sitting quite right within the newly skimmed block, another valve sourced and finally RF319 was returned back to the operational list. 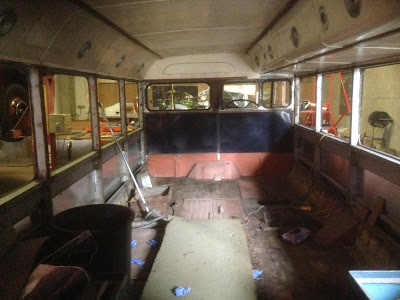 Meanwhile our major project nears completion, although these images were in fact taken some weeks ago but they do at least keep the story in images complete here. The interior was being fitted out as far as we could go before the bus moved for painting at which time the ceilings were also due to be done. We therefore stripped out all the beadings and trims that will be reused so that whilst the bus was away all these bits could be treated and restored ready to go instantly back on when the bus returned from paint. This is all being done with a debut at our running day on December 5 high in our minds. At one stage it was very touch and go, then the odds hit 50/50 and now we are looking like we will make it... see the last picture... :) 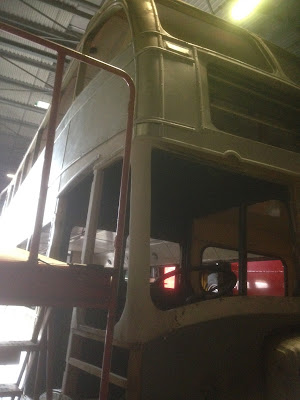 The cab was all finished and rewired and then the body work and panels all fitted back around. Its amazing how much of this area is the original LT utility vehicle as red paint was visible in lots of places and the heavy duty rivets and metal work stands out against Massey's more refined finish of the 1950s. 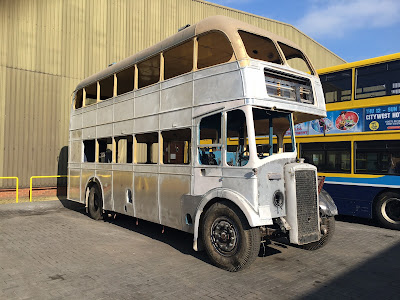 Then it was away for paint. Even this proved to be tricky as we prefer to do it without the windows being in as we get more protection and when the window rubbers go in the sharpness is noticeable to those with an eye for detail. The downside of course with this is that when you have an interior that is largely finished you need to do it on a dry day!! Eventually having passed brake and smoke test (and the lights fitted after this shot was taken) the old girl moved away for repaint... 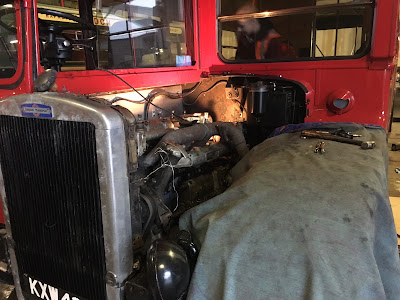 Meanwhile time for another step back... This time RTW335 which decide its head gasket was done and a very old crack in the block that had been repaired many moons ago decided to reopen. A race against time ensued as the bus is on a PH returning to its old stamping grounds and thanks to the efforts of the engineers here she is running well, sounding good and off on final road test as I type these words. 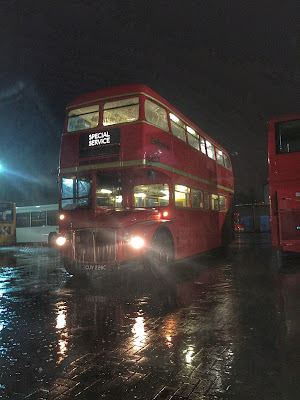 But all our buses are kept up to full passenger carrying standard and sometimes they return to their original jobs from their more normal roles of weddings and TV work. The DLR strike was one such day. On such days its all hands to the pump to try and help ordinary Londoners get to and from work, school or wherever else and so these veterans of the past join London's bus network for the day, (or two in this case). As extra buses they help move the crowds on the busiest routes. As can be seen from above the weather at around 0400 that day was filthy, can't remember seeing it rain as hard for as long in a while and so it was soaked to the skin we saw them all away, either to the Excel centre or onto various routes such as the D7 and 474s. 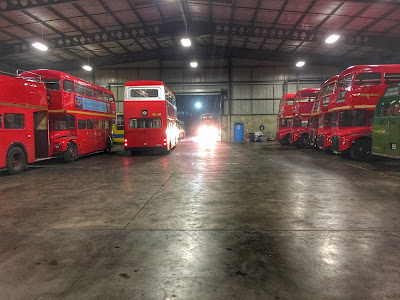 '
Thus it was nice to be able to get out of the rain once in a while to see the vehicles away! 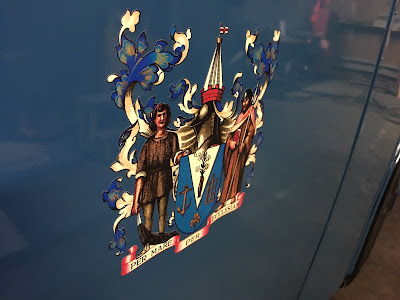 And finally a sneak preview.... Back from paint now as I am sure you will gather. Ready for running day on Saturday December 5.... why don't you come down and find out!!

Cheers
Steve
Posted by Helena at 04:54