So the 2013 Running Day has passed and all in all I think an excellent day was had by all. The event was larger than ever before and saw us put out the grand total of 22 buses of which five were new vehicles to our fleet. I am intending to do a couple of updates this week as there has been a lot going on but this post will concentrate on the 'newbies'.

So first up is T499 our 10T10 ELP223 that was repatriated from Australia by us. In restoration now for some three years a few months back it became apparent that whilst we could be set with it mechanically, and we could recertify in time we had no chance in getting it finished to the required standard, so what to do. Well the answer was to 'undercoat' it grey and run it to look as an American Red Cross Clubmobile. 55 of the 10T10s went for this purpose, each was named after a US state and they were driven by an LT driver with three American Red Cross girls as the serving crew. They would visit US air bases, army camps and hand out a 'taste of home' by the way of doughnuts, coffee, baseball cards, play US music from the speakers and generally give the GIs a cheer up. Every one of them seems to have worn a slightly different livery all based on the same theme, so we took various aspects that we found recorded on film to create a good likeness. We chose Oklahoma as we sold some of our very first export vehicles there many years ago and are still in touch with the family there, who were chuffed to see we used their state for our vehicle. The serial number is the one that the original Oklahoma would have worn, which was by the way T659 in the LT fleet. In this shot taken by Russell Young on its maiden journey, its drab but interesting colour makes for an interesting shot. 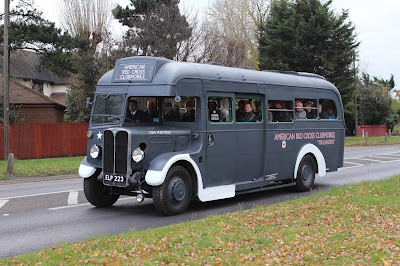 Below as a comparison is a shot of one of the original Clubmobiles that had serving windows, a doughnut machine and bunk beds for the crew in it. This one doesnt carry the white mudguards, whereas others do. 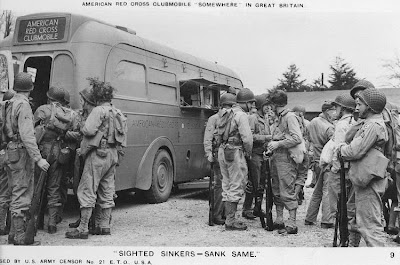 Next up and a huge project and impressive in just such a different way is our ex Southdown Tiger TS7 DUF 179. From 1937 she would have plied her trade from the South Coast to London but the war changed all that. Used for the evacuation of children from the coast our vehicle survived the fate that befell the rest of her sisters in being recruited by the RASC for army service... never to return. Having for many years worn the post war 'swoops' we have turned the clock back to the halcyon pre war coaching days and the pre war livery. In this photo taken by John Lidstone she looks content following completing her fifth rounder... 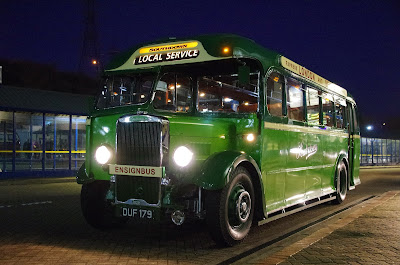 The last coach that ran excursions for the day was ex East Kent Royal Tiger FFN451. New in the early 1950s with Park Royal body there are more than a few similarities to the RFW class LT ran. The vehicle eats up the miles on the fast roads as this was what they were built for and used to be on the run to Paris, no such distance for it to worry about today leaving Lakeside in this image captured by John Lidstone. 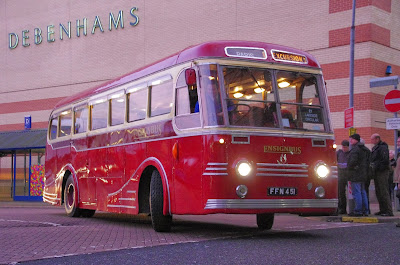 Tomorrow I will do Part 2, and take a look at the double deckers that took to the streets on Saturday.