I'm getting used to apologising for missing deadlines, but holidays, work commitments here, running day and just about everything else have eaten away my time. 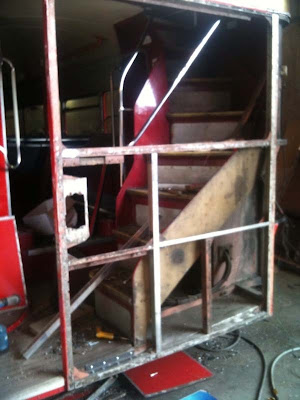 Of course on of the downsides to running vintage vehicles in service is that they sadly get pranged from time to time. RML2405 had its rear end taken out by a colossal speed bump at the bottom of a hill and what a mess it made. In the end we had to strip off the entire rear end and fit a complete new framework to the vehicle. 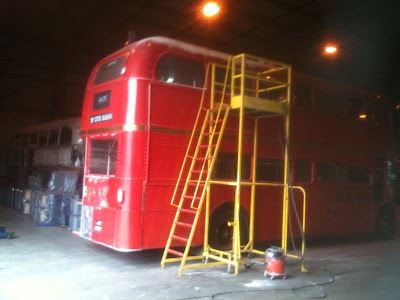 The work took approx 10 days but fortunately no lasting damage done. We took the opportunity to then do other body work on the vehicle and decided to repaint it as well, as its a very popular performer on PHs and is now at the three year point since last repaint. A few amendments have been made to its livery, which you can see below, yes I know not authentic LT but eyecatching and a good advert for our vintage fleet and by getting work for them we can keep them on the road. 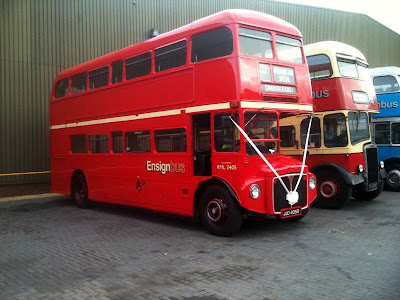 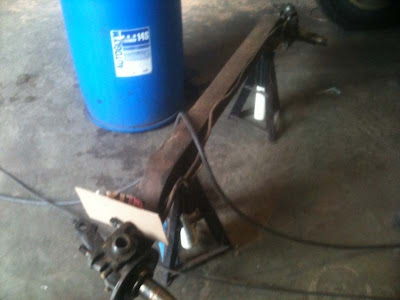 I have been asked to keep everyone abreast of how other projects are moving on, and one which there is great interest on is the 10T10. The vehicle is being done off site and such has been the workload here I have not got down to look over the actual project this month. However, one part is with us, which is the front axle, seen here getting new bushes and brake cylinders readied. The engne is also away being restored and should be ready for collection and refit onto the chasis shortly. I will certainly endeavour to get down and see it later this month. 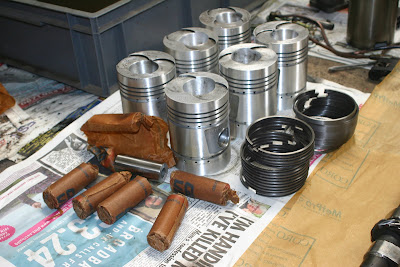 Talking of engines and projects, these are the reworked pistons and new rings and pins for the Cub. The Cub itself has been delayed by having to recover, find, restore and build many of the engine components, not a quick task. The completed engine is expected back with us mid to late September, at that point the project will be able to move on to system testing and into the final stage as 90% of the interior is done and its now largely complete on the exterior with the windows being the latest to go in. I will focus a bit more on that next month, when hopefully the engine refitting can be covered. 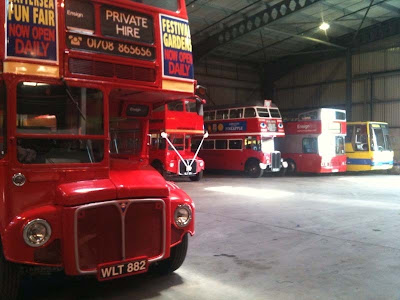 With it being the celebratory 50 year of the RML, heres on of the first resting after having been out on wedding duties. The vehicle itself is one of our most popular for hires and very popular with drivers as it is a lovely vehicle to drive. We have as those of you who know the site here moved most of the vintage fleet into the opposite 'barn'. This is due to the fact that we are carrying out more and more work in the original barn and dust is becoming an issue, so the front line fleet are now stored together as can be seen in the background. 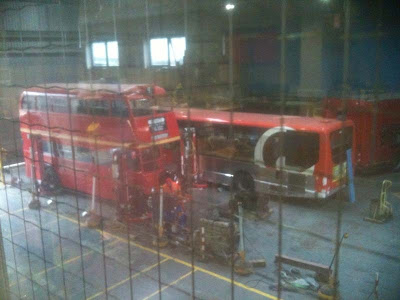 Sadly and despite our very best efforts, our RTL453 failed to make the running day following a very nasty engine failure. Despite us sourcing another engine, time was aganist us and the replacement engine not fit enough to go straight in, so an in house rebuild of the original is taking place. Seen here from the offices looking forlorn with its front ened removed, she awaits the road again... 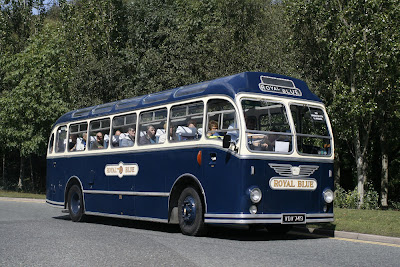 But for everyone that doesn't make it we try and get something else new into our running day... This year was no excpetion with our Royal Blue Bristol, making its debut back in passenger carrying service after many years out. We like vehicles witha colourful history and this one is no exception. Having completed its life with Royal Blue/Western National it went through various owners before ending up with Asian Greyhound, doing a UK to India service! Now thats quite a run, even by our standards and the vehicle even used to boast 'jacked up' suspension to cope with the road conditions. Seen here in far more sedate Lakeside on its inaugrual journey back in service in a photo kindly sent in by Mark Lyons, many thanks. 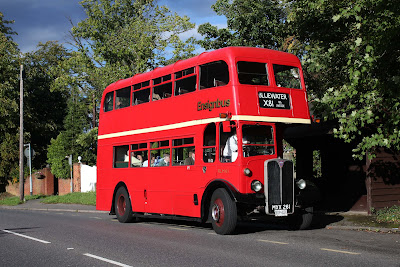 Linking in buses with international connections and the running day here is a picture of RLH61 under the moody showery skies we had here on Saturday and kindly sent in by Russell Young, as is the phot below of RM371 which we got out for a rounder in between showers to enjoy the last of the summer sunshine, on a very enjoyable day 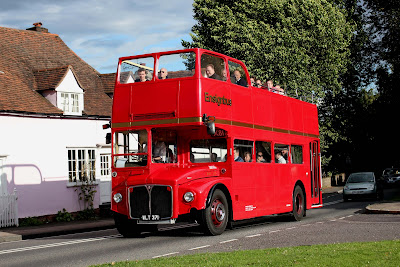