At the other end of the restoration road 1935 London Transport, Leyland Cub, C4 is ever nearing completion. Problems with the emergency exit have slowed us down and getting some of the parts required for the engine is proving troublesome but in the meantime, the body work gets smoothed ever finer in readiness for its painting. We are still hopeful that late summer is realistic as long as the engine parts can be found. 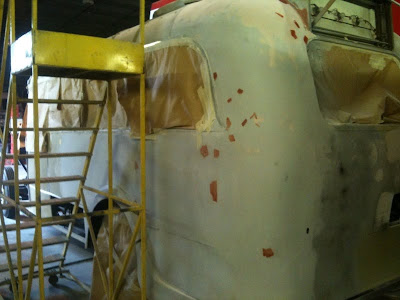 From buses that we are starting on, to those we are finishing to one that we have finished but like all old buses they require a lot of attention to keep them roadworthy. RT8 has a minor water leak from the pump which has had to be stripped once again. It would appear part of the solution is going to lie in washing machine seal technology and so the first ever AEC/Zanussi water pump will be refitted and trialled next week. 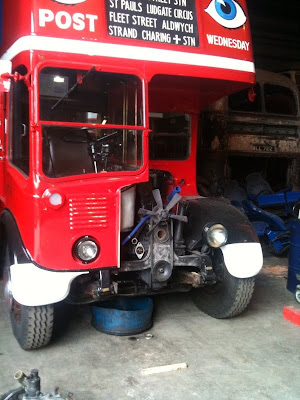 And staying with water pumps, DM2646 had a number of delays for its MOT largely caused by water pump issues, but as can be seen in this shot taken from the offices looking down on to the test lane she was up for test and has now had all those issues resolved. 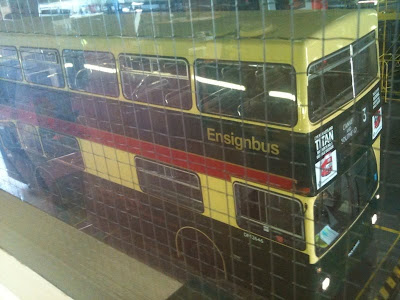 Well that largely covers most of what has been going on here with the exception of routine MOT's and servicing.

Cheers
Steve
Posted by Helena at 04:47